Should you invest in initial public offerings (IPOs)? 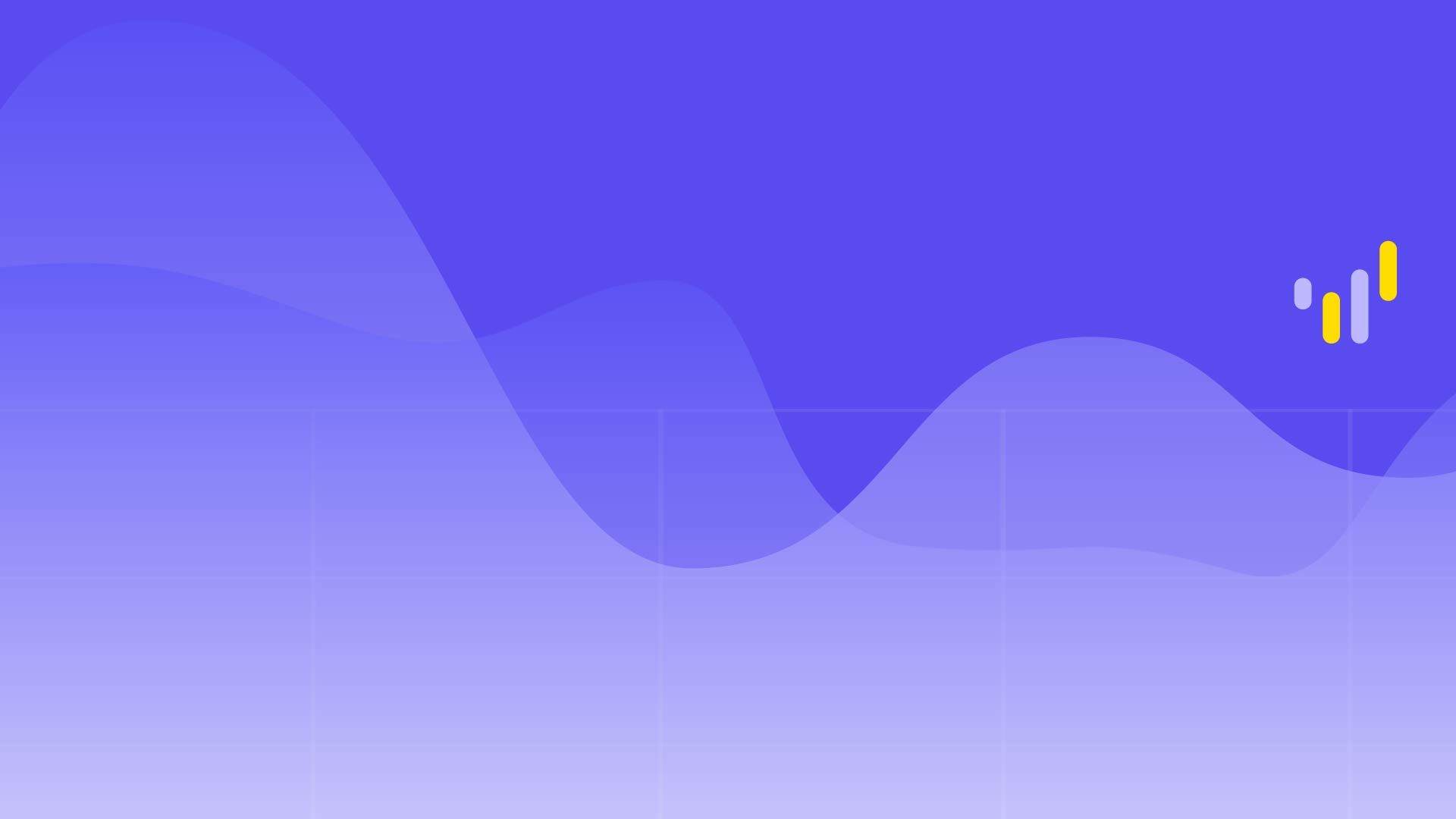 IPOs are exciting – and this is partly what attracts investors to them. There’s a lot of opportunity that comes with investing in companies that are going public. However, given the way in which IPOs are conducted, investors might not be able to buy at the best price. To figure out if investing in IPOs is for you, let’s take a closer look at how the process works – and how it can (or can’t) work in your favor.

How does an IPO even work?

Months before stocks and money start changing hands on stock exchanges, companies must select a bank and pass a background check (due diligence) to begin their road to IPO. The bank is to the company as a manager is to a recording artist. The bank represents the company to the market. After committing with a bank, a staff of financial-types and lawyers work with the company to comb over the finer details of going public. These handshakes, negotiations, and filings are generally carried out behind closed doors. It also kicks off the process of underwriting, a process where the company going public sells its shares to one (or multiple) banks. The idea is that the banks will then mediate the sale of the stock sold to them on behalf of the company.

In fact, the public only becomes attentive to an impending IPO after the company files something called an S-1 Registration Statement. An S-1 is a prospectus, or a document, which includes a detailed description of what the company does. Among other things, it also includes the company’s financial state, risks, and management. The approval of the S-1 by regulators kicks off a press circuit where the company and its representing bankers promote the forthcoming IPO. Around this time, the company will stick a price tag on the shares to be sold and agree on a date for the stock to begin trading. This price also determines how much money the company will make from selling the shares.

On the day of the IPO, the bankers will begin “building a book.” This is a process which involves building an order book – essentially, getting the stock ready to begin trading. This is the first point where individual investors usually get cheated. The book building process is mostly closed to retail investors, or normal everyday investors. You won’t be able to get in on the action on trading apps like Robinhood or WeBull. You won’t be able to place an order until the stock starts formally trading – which could be well above the original IPO price. If any recent IPOs are any indication, high-interest companies will generally start trading at a premium.

This begs the question then: should you invest now or invest later? There’s no easy answer, but we might be able to take a look to a few recent IPOs to get some ideas.

There have been over 465 IPOs in 2020. One way to assess the recent success in IPOs is the Renaissance IPO Index ($IPO), an ETF tracking newly-listed public companies by their value. That’s to say that the fund allocates more money to higher-valued companies than lower-valued ones. They’ll add companies which have recently gone public shortly after they go public. Once that company hits its two year mark from IPO, they remove that company from the fund.

If we take a look at the success of $IPO this year, the ETF has run up over 110% year-to-date. Compared to the 14.26% year-to-date growth seen in the S&P 500, this is impressive. The fund has surged mostly on the heels of its top ten holdings. Among them are successful companies you might already know: Moderna, Uber, Zoom, Pinterest, CrowdStrike, and Slack.

DoorDash’s early December IPO was a well-timed entry into the market. The food delivery company had seen increased demand throughout 2020, energized in part by the COVID-19 pandemic. For that reason, you’d think that their IPO would have been fireworks. The stock’s IPO price was set at $102. By the time most retail investors could start trading it, the stock had already jumped to $182. The company had effectively doubled its valuation in one day.

Over the next few days, the price of DoorDash stock began to slide. The demand on the first day did not keep pace. In the week after its IPO, $DASH slid over 18% from its IPO price. This is an example of an IPO that didn’t go as planned. The fault mostly belongs to the underwriter, who helped set the price per share with the company. In fact, a former banker who helped lead one of the world’s largest IPOs said that it represents an “epic level of incompetency” on part of the bankers.

Snowflake, a cloud platform that received investment from a myriad of prominent investors and companies, was one of the biggest IPOs of the year. The company, which IPOed in September, priced its shares at $120. However, before the stock even started trading for normal investors, it was already worth $245 per share.

However, unlike DoorDash, Snowflake went on to tremendous success. This is due in part because of the robust interest in the stock. Three months later, the stock trades 40% higher.

You can find an even better outcome than Snowflake in Palantir Technologies, a controversial, albeit resourced, ‘big data’ firm founded by some of Silicon Valley’s most prolific innovators. Among them are Peter Thiel, who helped found PayPal with Elon Musk.

The company opted to do something similar to an IPO called a direct listing, which is essentially an offering of shares where no additional money is raised for the company. They priced their shares at $7.25 and when the stock started trading, it hit as high as $10 on its first day. Over the next few weeks, the stock remained in a relatively stagnant state before composing itself for a run to the low $30s. This was amidst an extensive media campaign that wasn’t exactly positive for the company. Despite this, the company that IPOed on September 30 has gone on a 175% run.

So, should you buy into an IPO?

We have no magic genie, but many IPOs tend toward the successful side. After all, there is so much that goes into background checking and researching these companies before they even start trading. This is by design. The IPO process is an intentionally grueling process for companies to undertake. In the case that a company isn’t ready for the big leagues or shouldn’t be traded by investors, an IPO can blow up. If you don’t believe us, just ask WeWork. An increasing, albeit low, number of companies are choosing to skip the lengthy road of “paperwork to IPO” through special purpose acquisition companies (SPACs). There are some advantages to SPACs, but they’re their own genre of weird and deserve an article all their own.

A crucial takeaway is that it’s imperative to know what you’re buying. Here at Front, we’re trying to help investors make better investing decisions. Our app serves up suggestions for your portfolio based on your existing holdings, helping you to access smarter, simpler investing. Download the Front app now on the App Store or Google Play store for an investing co-pilot that helps you become a better investor. 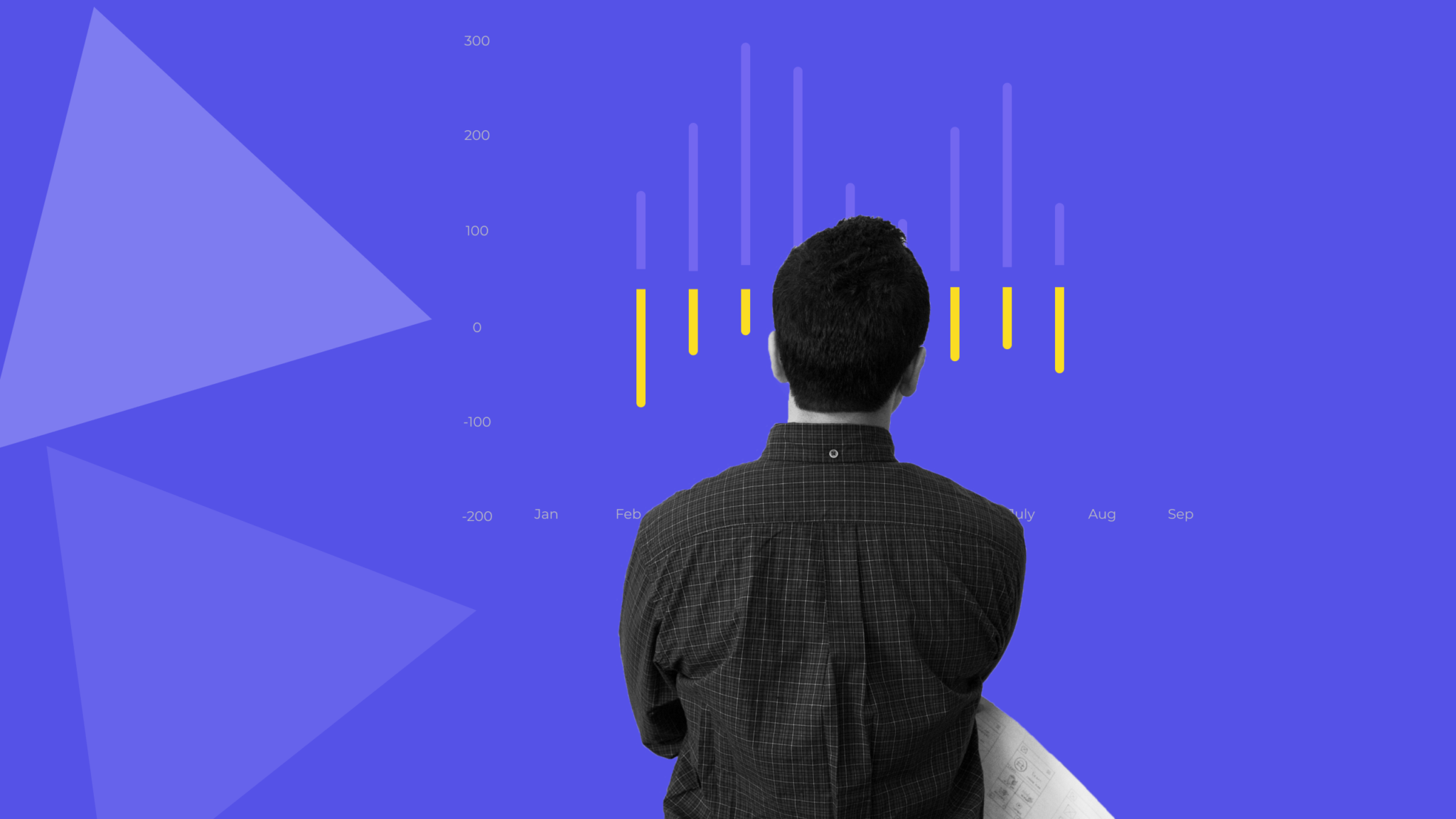 What are options and should you trade them?

Saving is not enough anymore: here’s what to do instead 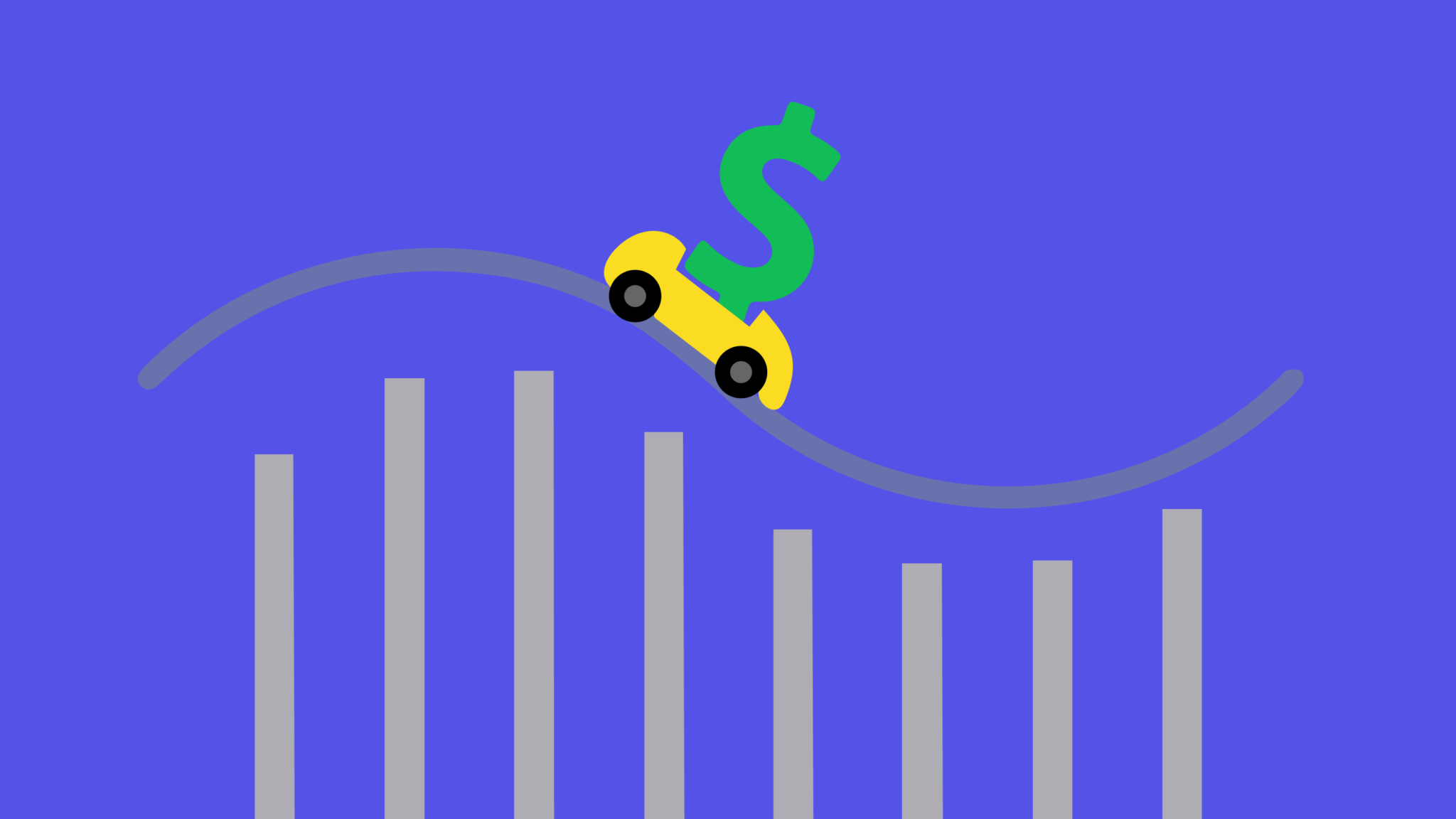 What is market volatility and what impact does it have on stocks? 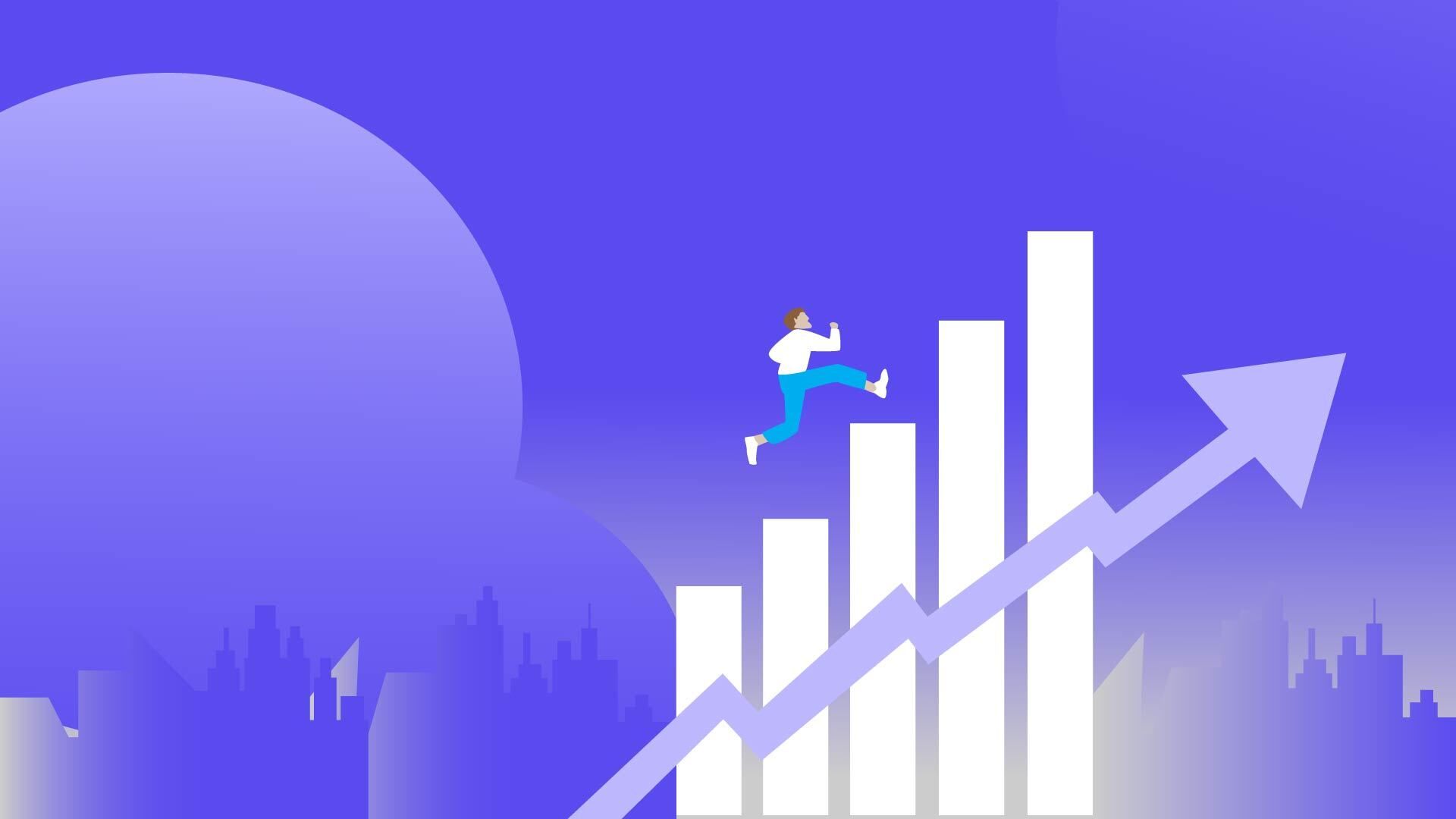